“Reading without reflecting is like eating without digesting.”
- Edmund Burke

Here, I will condense books into bite sized pieces and abstract what I believe to be valuable for my today.

The Everlasting Man - by G.K. Chesterton 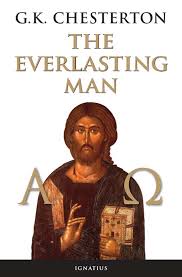 Chesterton relies upon allegory.  I love it.

Hamilton grew up in Nevis.  Which was a British colony where he was a child born into illegitimacy.  This affected him greatly, however he found his way to the United States and studied the classics at Kings college in New York.  His appetite for learning and intellectual energy were profound as he interacted with colleagues of Burr who would later kill him in a duel, but yet was shaped into the founding father he became through crown sympathizers. 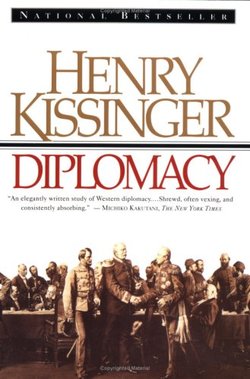 
Henry Kissinger is a German American with a sound perspective as a historian on the United States and how it came to be and thus interact with the global community.


Kissinger's Claim - Nations have pursued self interest more frequently than high-minded principle, and have competed more than they have cooperated.  It is not likely to change in the decades ahead


The Balance of Power vs. High Minded Principles 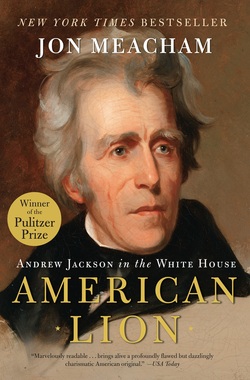 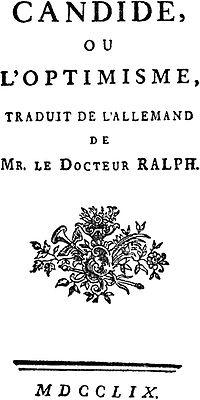 This brief piece of fiction has weight.  My director at New Tech recommended this piece of literature with the enticement of discovering an epiphany within the last twp pages.  I never really thought highly of fiction, but the representation of ideas through stories and simply imagery is marvelous.  The book perfectly illuminates some of my highly imperfect understandings of life. Voltaire, I cannot fully appreciate in my present knowledge, but I found this short story about change and human suffering to be enlightening.  It is so simple and so complex.

One thing I really enjoy about the story is that the characters are always inquiring to other people about their sufferings and virtually find no surprises until the end.  When I read this a second, third, and fourth time, I will undoubtedly find new aspects to admire and can only hope that I have someone to speak to.

Just a few of the related themes to CG discussion I picked up on that could be elaborated upon are..
Desire i.e. the driving emotion
Suffering i.e. the whole story
Justice i.e. the lack of
Irony e.g. heroic butchery
Optimism i.e. the refuting of
Finding Meaning
Criticism lol
Humor e.g. bestowed favors from an old destroyed looking woman with one buttock, twice!
Religion
Debate and Argument 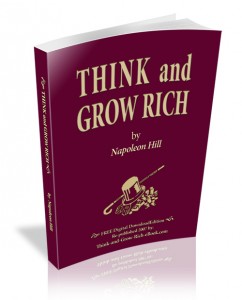 This is a book that most of the CG has read or is going to read.

Initial Impression
This book is a fantastic resource.  Although it is a simple, light read... it is deep.

Most important advice I derived from this resource
Autosuggestion. I have already begun to apply this concept directly within my goal of loving others.  I write it on my hand, envision it, remember it, and most importantly, I feel it.  It has brought more positive thinking to my life.

Channeling the SD.  This is a feat, to say the least.  It is clear that mastering this special drive will produce profound results.
Mastermind Session.  Gaining counsel from my virtuous heroes.  Those I have choosen so far include Lincoln, Voltaire, James Garfield, and Christ.  I must learn more about other heroes that I have contemplated adding and also determine my capability to manage these legendary figures in my mind.  I have a special place outdoors in the vineyard where I will hold these sessions.

Made to Stick by Chip and Dan Heath 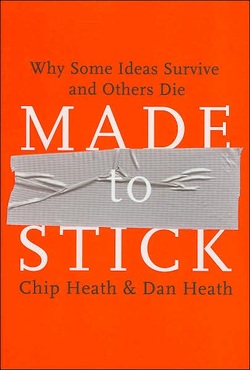 S.U.C.C.E.S.  Yes, it is missing the last "s," but this is the approach to delivering an idea effectively as the authors of Made to Stick present a delightful method for making ideas... stick.

Take an idea and use these simple waypoints for delivery

Models and Metaphors by Max Black 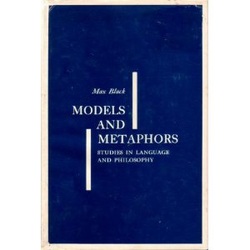 Models and Metaphors is a challenging read.  I can read some of these sentences two or three times and still have no idea what the author is trying to get across to me.  This book, I assume is written brilliantly (haha, what do I know) as it explores the universality of language.  I need some time to put together a synopsis of this book because to be frank, it is well beyond my abilities.

Destiny of the Republic by Candice Millard 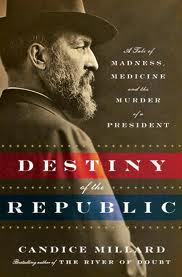 James Garfield was a president only known to me because he was the second to be assassinated.  Unknown to me was that this individual was a legendary man of humility and extraordinary virtue.

The book was recommended by a teacher to our class and I opened the sample on Amazon and it kept my attention.

The book begins by stressing how Alexander Graham Bell's invention of the telephone took the crowd during the centennial fair in Philadelphia in 1876 while a doctor from Britain Lister was trying to get Americans to believe in antisepsis.  Interesting way to start this book because Garfield died from infections of his bullet wounds, where these antiseptics would have saved his life.

He was a president who did not assert himself for any position in the White House.  He was nominated for president by his colleagues against his own pursuits.  Having lost two children and endured extensive hardship while still overflowing with character and positive attitude, the bio of Garfield presents a model to live by.

“The reading of all good books is like conversation with the finest men of the past centuries.”  - Descartes